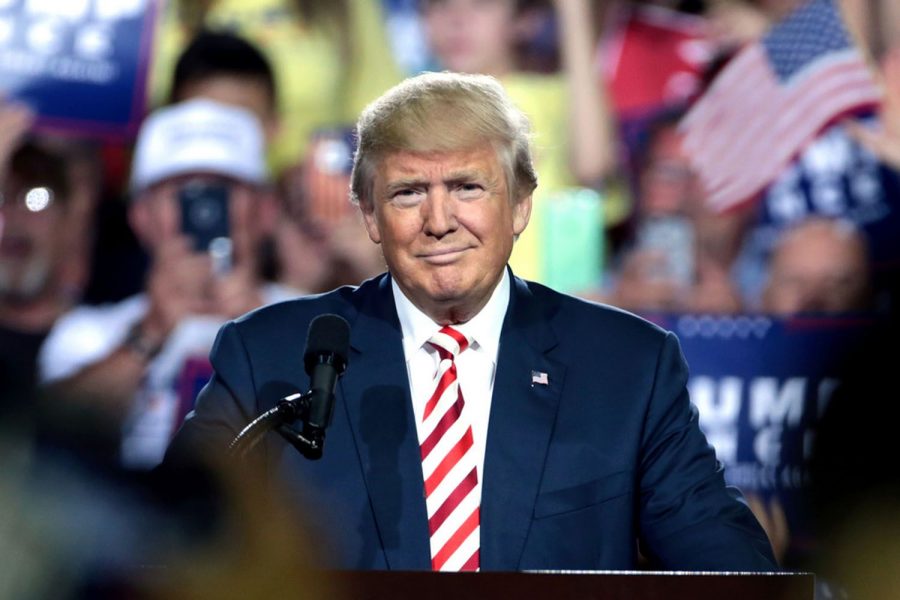 After the longest government shutdown on record that left government employees without pay for weeks, President Donald Trump has declared a state of national emergency in order to gain funding for his border wall between the United States and Mexico.

This is unprecedented – the United States president declaring a national emergency to fund a self-inspired racist agenda. There are repeated reports of Trump’s racist comments from the ‘70s and ‘80s, but in addition to this he has described Mexican immigrants as rapists in his campaign–launch speech and based his entire election on a wall built to keep them out.

While the shutdown left thousands of people without enough money to support their families for the weeks it lasted, the national emergency is another step towards an authoritarian type of government that would strip America of the very freedoms it was founded upon.

Trump has also said that he didn’t “need” to declare a national emergency and only did it to speed up the process.

A national emergency is to be used in emergency situations (which can be derived from the name). In fact, the National Emergencies Act empowers the president to activate certain powers, but not without being checked.

Theoretically, Congress can undo an emergency declaration with a two-thirds vote, but, uncertain about the probability of this veto, several states have taken legal action against Trump.

At the forefront of this battle is California, and the claim is that it is unconstitutional for Donald Trump to collect the money from the emergency fund to put towards the wall.

Along with California, 15 other states have joined the lawsuit.

Allowing the funding to go through would not only take money from other sectors of government like military construction, it would also set a precedent for future non-necessary use of the power.

Presidents often look back at the past and use former presidents’ actions as a guide for how to best use their power. If Donald Trump uses serious and formal exertions of power as a way to cut corners and get his way, it could enable future presidents to do the same, perhaps in an even more harmful way.

The other issue in the case is that in order for it to proceed, the courts would have to find the construction of the wall to be hurting the plaintiffs (in this case the 16 states) in some way.

If that doesn’t happen, the case will be dismissed, and Trump will be able to continue unopposed with his plot. While Trump has made a negative decision that will hurt other sectors of the government and remove funding from things like the military that actually play a necessary role in the security of our nation, the more vital issue is that allowing this to play out could destroy America’s democracy in the future.

The basis of the United States is that power lays in the hands of the people, and that one branch of government cannot single-handedly make decisions that seal the fate of the country.

What Trump has done directly goes against this message. The executive branch should not be able to go unchecked without giving the other branches any say, yet that may be what occurs.

Trump’s use of the national emergency act shows a totalitarian use of power; he has been able to make a decision that will affect every citizen of the United States, and the ability of the other branches to stop this from happening is questionable.

The hope for our country to remain with sovereignty based on the will of the masses is slowly fading, and the progression of Trump’s actions takes us another step away from the vision America used to hold so strongly.