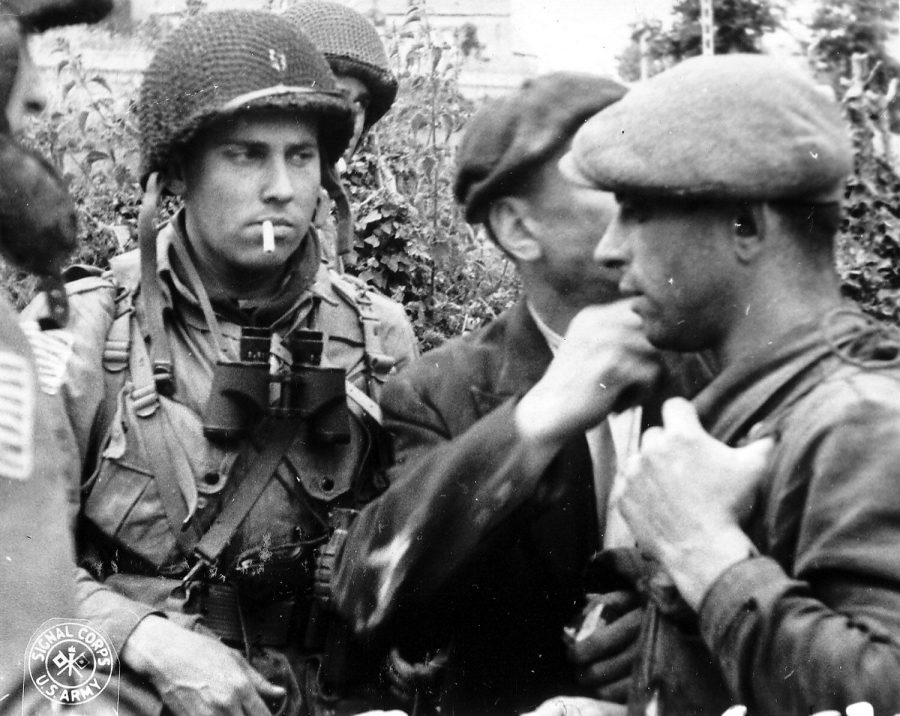 The soldiers shown in the photo above are similar to those in "They Shall Not Grow Old." The movie showed colorized original footage from the war along with narration by men actually involved in it and the insight into their observations illuminated the personal experiences and loss that took place.

Directed by Peter Jackson, the film “They Shall Not Grow Old” consists of narration over colorized original World War I footage. Many students have seen the movie as part of the curriculum for classes.

First released in November, the film has reemerged in theaters because of viewer demand. There are voiceovers of men who were in the war explaining their experiences throughout the time.

One thing about the movie that is extremely innovative was the use of the footage manipulation technology. They were able to turn the footage into a 3-D rendering and make the people in the film look extremely real.

In addition to this, the movie does an amazing job of showing the sides of war that the public usually doesn’t have access to. Rather than showing war as a game between two teams, it shows the harsh reality of the deaths and exposes the propaganda used to lighten the burden of war on citizens during the time.

It focuses on the individual lives of the boys and men fighting in the war rather than an impersonal overview, and that’s what sets the movie apart.

“I did end up enjoying it,” sophomore Matthew Maney said. “I thought it was just going to be another boring documentary, but as it kept progressing, I saw how well depicted the actual conditions of war were. I think it was a good length because it was just enough to get the movie’s purpose across without putting me to sleep.”

Some students were able to find an overall message from the movie.

“I think it is important for students to learn about it because it affected so many countries,” sophomore Sadie Saunders said. “It affected not only the United States and caused many other events in the future. I really liked that it showed the way the people involved actually felt.”

Some students really enjoyed the movie, while others found it boring.

“I’m just not a fan of documentaries or war movies, but I learned stuff that I didn’t know before,” sophomore Dan Fields said. “American history is important because we need to know what happened in the past to fix mistakes or build on our success.”

Teacher Samantha Bennett has offered extra credit for watching the film, since students of the class are learning about the war currently.

“This movie gives value to a war that has been previously over looked by historians and by citizens because World War II seems more flashy,” Bennett said. “I think it humanizes the whole thing which is really important, because at the end of the day it’s all about the human existence and the human experience. If you can connect to that, you can connect to any part of history.”

Overall, this film does well at depicting dark events in world history that can tend to be overlooked by today’s generations. I would recommend it to anyone with an interest in the past or to anyone interested in the future because of the direct and lasting effects the event has had on society.