Doing it for kicks: boys soccer 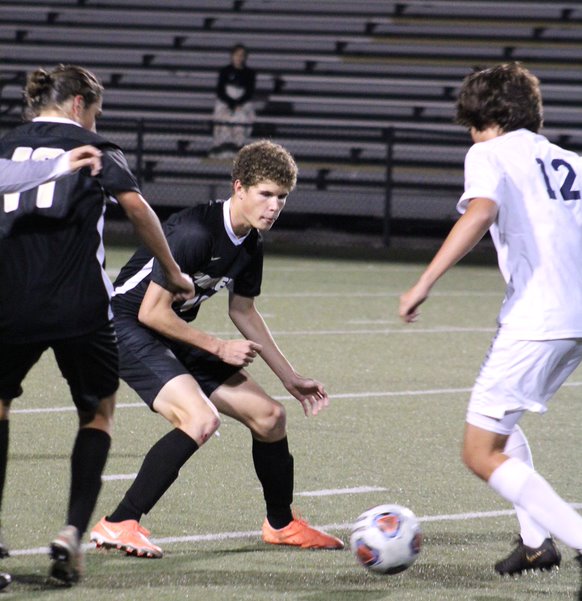 Looking down, junior Davis O’Malley attempts to steal the ball from his opponent. O’Malley has been on the team for three years.

The boys soccer team ended their regular season, which started in late October, with an early playoff loss against Steinbrenner.

“We had a good regular season but playoffs were very disappointing” senior Ciaran O’Rourke said. “I feel we should’ve gone a lot farther. I thought we were the better team but were pretty unlucky and didn’t score.”

Last year, the boys made it furthest in Plant history. According to senior team captain Tristen Owens, this could seem like an anxiety-provoking goal to surpass, and it didn’t sway them.

“I knew that as a team what [we had] to do to be able to have a winning record was play strong and smart and that is what we have done this year,” Owens said.

Although the season wasn’t what the team expected, Owens and the other team captains said they developed as a team anyways.

“We all work together very well and we have a lot of talent on the team,” Owens said. “We became more of a group and developed more of a winning mentality than previous years.”

One highlight of the season for the boys, according to sophomore Joe Anderson, was senior night, the last home game of the regular season, and the seniors’ last game at home.

“The best part of the season was probably playing really well on senior night,” Anderson said. “We scored lots of goals and were able to find the net very well that night.”