He housed his smile in his eyes 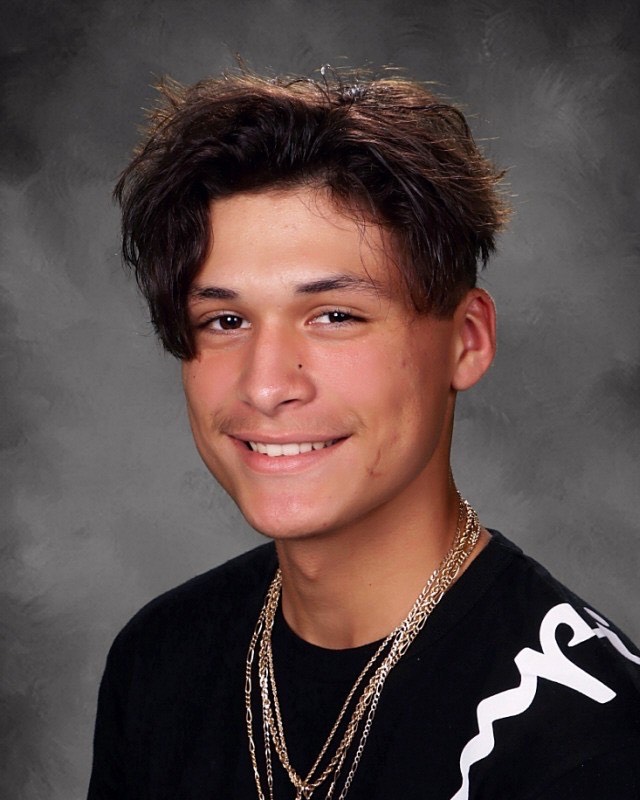 Mourning the loss of sophomore Travis Carney, there will be a small service live streamed in his honor. Carney was hospitalized for a two days before he passed away on April 15.

Sophomore Emma Hill described Carney as her best friend, brother and rock for the past three to four years.

“He affected everyone around him and changed my life for the better in so many ways,” Hill said. “He was the strongest person inside and out and meant the world to me. He made everyone feel included no matter who it was and radiated warmness to everyone around him. I’m heartbroken.”

Hill said that Carney was “passionate about everything,” including his friends, family and sports. Carney was number 19 on the football team and played as a wide receiver.

“To me, he was someone I bonded with very fast and he always made sure I kept on pushing through football and keep doing the best I could,” sophomore and team member Josiah Coloma said. “Aside from football, he was a best friend that I could have ever asked for because no matter what, we had each other’s back and always got along because that’s just the type of person he is. So, overall he had a great heart, amazing work ethic and was never hesitant to help others with anything.

Carney also played baseball at Empire Baseball, who made a post in Carney’s honor, describing him as a “great young man” and “an amazing kid and gifted athlete.”

“You will always be part of our family and you will always be remembered,” the post said. “He was an outstanding kid with a great personality. He was a positive influence to everyone around him. We love you Travis and we will always play for you.”

Sophomore Paris Marozzelli met Carney in sixth grade at Coleman Middle School, where the pair ended up choosing the same elective, orchestra. Carney played violin, and last year, Marozzelli and Carney were stand partners. Marozzelli said that when she thought of Carney, she thought of his kindness.

In school, weight training teacher Joe Willis said that Carney was always willing to give a helping hand to pick up at the end of class. Science teacher Mary O’Neill said that Carney was pleasant, respectful and easy to be around. English teacher Shay Cowart described Carney as a special, calming soul that she liked a lot.

“He housed his smile in his eyes and his chill demeanor invited people to be themselves,” Cowart said. “He was a very respectful student and was always kind to me.”

Cowart said that Carney enhanced people’s lives and will be incredibly missed.

“Occasionally, there were times when I was frustrated with our seventh period class, and Travis would notice my frustration and purposefully participate more in the discussion, or he would raise his hand to ask a thoughtful question about the reading,” Cowart said. “I could tell he was doing this to ease my frustration. He was the kind of person who didn’t like to make life difficult for others. He liked to make life easier for those that mattered to him.”

Due to COVID-19, the Carney’s will have a small, private service that will be live streamed for others to attend virtually via South Tampa Fellowship’s Facebook on Friday, Apr. 24 at 11 a.m.