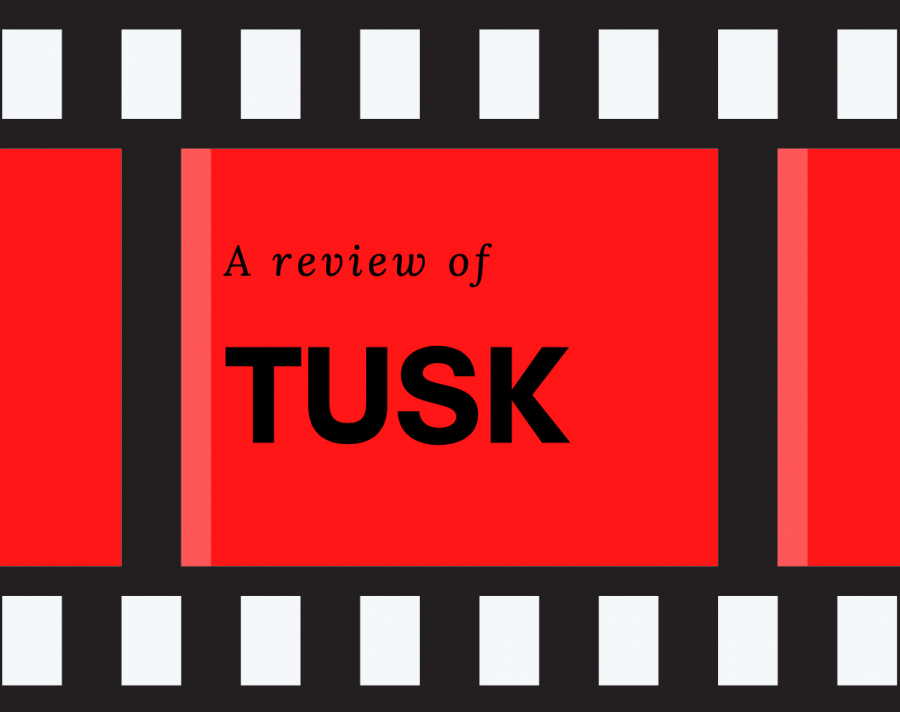 Kevin Smith’s “Tusk” presents a fantastically weird narrative around a serial killer with a special place in his heart for the majestic walrus. The film’s blend of horror and comedy created a wholly unique viewing experience.

Is man, at heart, truly a walrus?

Such is the probing and existential question at the heart of Kevin Smith’s 2014 thought-provoking epic, “Tusk”.

Now, in reality, “Tusk” is not exactly a highbrow intellectual movie. It is a horror-comedy that revolves around a serial killer who mutilates his victims and morphs their bodies into the shape of a walrus to remember a creature that saved his life decades earlier. That’s it.

A premise like that firmly relegates this film to the category of B-movie. My expectations were lower than the floor when I was introduced to this film. But 90 minutes later, I was forced to admit, the film was better than it had any right to be.

The plot follows Wallace, an American young adult who co-hosts a crude-humor podcast with his friend Teddy. Wallace travels and visits interesting characters abroad and then returns and discusses with Teddy. His trip in “Tusk” takes him to Canada, but after his original interview target is unavailable, he scrambles to find a replacement and discovers an old man looking for a live-in helper.

Hoping for a good story from the old man, Wallace accepts, not knowing what awaits. As horror occurs in the wintery north of Manitoba, Teddy and Wallace’s girlfriend, Ally, worry about their friend’s prolonged absence and travel north themselves. There, they meet with eccentric Quebecois ex-detective Guy Lapointe, played by Johnny Depp, who has been hunting an elusive serial killer.

But this isn’t a plot summary. Here, it is time to dispel falsehoods and correct assumptions about certainly the strangest horror movie I’ve ever had the pleasure of watching.

First, the movie’s oft-criticized humor. For many, the laughs in “Tusk” just fell flat. I agree that, at times, and especially in the early parts of the film where Wallace dominates, the humor is the kind one might expect to get at a middle school. It’s crude and rude and generally not good, that I concede.

However, in this movie’s first half, while Wallace cracks wise, many other sources of humor play off him. From a combative Canadian customs agent to a pair of teenaged convenience store workers, other characters more than take their chance to humorously take the arrogant co-host down a peg.

After Wallace’s mutilation and transformation into a walrus, he can no longer speak, having had his tongue removes, but it is at that point that Guy Lapointe, serial killer hunter and former officer of the Surete du Quebec, arrives on the scene. Depp is fantastic in his role as a uniquely bizarre figure who carries the film’s humor as we see him interact with his bewildered clients, who are often confused by his strange methods of sleuthing.

These funny moments throughout the movie, somehow, do not really take away from the core horror. Michael Parks as makes this aspect of the movie with his portrayal of the phenomenally creepy walrus-obsessed Howard Howe.

From the scenes when he first encounters Wallace, where his tone grows more and more sinister as Wallace loses control of his faculties due to being drugged, to his madman’s monologue as he stitches an unconscious Wallace’s flesh into unnatural shapes, to his rabid barking of orders to Wallace inside of the walrus suit made of human skin, he manages to be an unsettling constant.

Fans of body horror will be greatly pleased by some of the film’s shots as the walrus is assembled, and the squeamish will be revolted in equal measure.

Is it a film I expected to enjoy? Not at all.

Did I enjoy it? It is strange to say one enjoyed this movie. I experienced it and recommend others to do so.

Would I watch it again? I have a firm belief that this is the kind of movie someone only needs to see once every five years or so. Ask me again in 2025.

For those who enjoyed the film, and wish for more weirdness in their life, “Tusk” is actually the first of a trilogy. The second movie, “Yoga Hosers” follows the two convenience store clerks who appear here, and the third movie, “Moose Jaws,” which Smith described as exactly like the film “Jaws” but with a moose, is currently in the works.