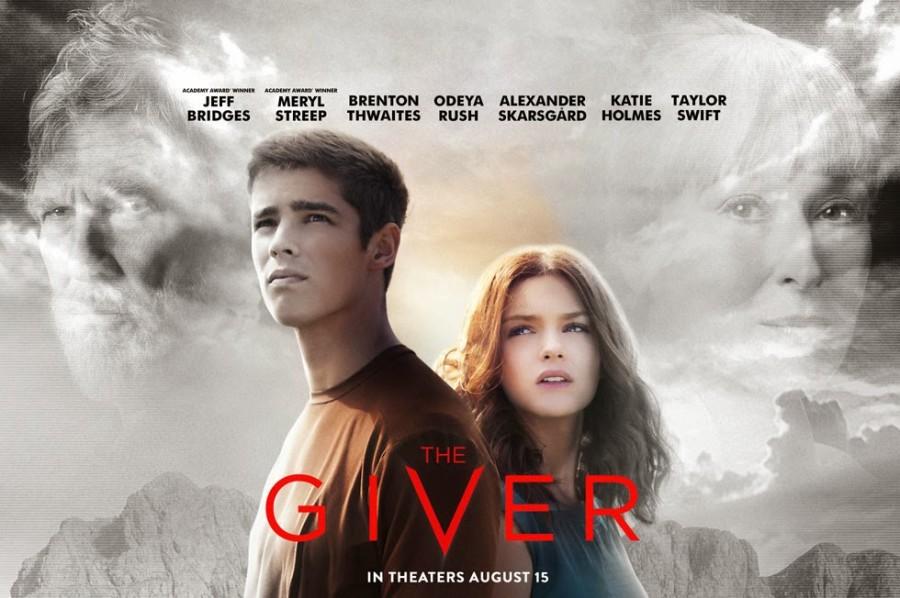 The craze of teen novels transformed to the big screen continued this past as “The Fault in Our Stars” and “If I Stay” produced tween girl fandoms, and sold out worldwide. In keeping with the trend, director Phillip Noyce recreates perhaps one of the most original best-selling dystopian novels of the 90’s– “The Giver” by Lois Lowry.

The story follows Jonas (Brenton Thwaites), an adventurous spirit raised in a pain-free, climate-controlled environment where sorrow and hurt have been replaced with a daily injection that blocks emotion and feelings. Yet, at the age of 28, he is specially chosen to hold the exclusive position as receiver of memory, and thus learns the truth of the real world from The Giver (Jeff Bridges).

The exposition resembles most dystopian novels; human flaws lead to mass destruction, out of which a group of leaders create a new world by which they seek to correct man’s flaws and restart. Yet, with the Giver, the human experience gets an overhaul to prevent conflict; simply block out any differences in the community, eliminate nature and provide a “perfect” community in which to thrive.

As is common in these films, the protagonist sets out to spark change in their respective society, reducing it to the state of chaos that it stood to avoid. The film adaptation of the Giver stayed true to the main storyline of the novel, maintaining the crucial plot points and the complex emotional state of the Giver. Jeff Bridges succeeds in the role of The Giver, implanting wisdom and slowly introducing the hate and evil of the world into Jonas so he can be the next Giver. Meryll Streep also successfully performs the role of chief elder, maintaining her “Community” so that nothing will hurt it.

The storyline soon churns out an obvious crowd pleaser, in the form of the singer of Shake It Off. As the true meaning of pain and sorrow are revealed to Jonas, instantly a new subplot appears involving The Giver’s love for his deceased daughter Rosemary, played by Taylor Swift. Yes, Taylor Swift, everyone’s favorite country darling whose main lines in this movie are singing at a piano, appearing to advertise her new album, 1989. The addition of Swift seemed to give the movie less maturity, as her character adds an unnecessary, yet one of the only, subplots. Even with a singing Taylor Swift, The Giver’s themes and messages apply to the past, present, and future.

In the film, the Giver invites Jonas into a private room to play the piano to Jonas, the first music he has ever heard. Jonas’ reaction is one of happiness, joy, juvenile pleasure. Humans unite over the sound of music, relax to the soft chirps of the birds, and tackle endless piles of homework armed with their favorite playlists. Yet, on the same spectrum, music has been used to rally countries against each other, die because of the seductive voices of the Sirens. The Giver shows that no matter how much changes, and how much anyone tries, humans cannot be perfect. There will always be war, sadness, and despair. But there will also be love, compassion, and hope. What would you choose?

Alfred Lord Tennyson famously wrote, “Tis better to have loved and lost than never to have loved at all.” Is it better to suffer of the sake of love? Or rather, is unchanging, apathetic, secure self-reliance the answer? To each their own. The Giver succeeds in retelling the novel onto the big screen, effectively using color and sound to show the dullness of Jonas’ world. It also makes audiences stop and think about what their world consists of, provoking deep internal questions. Yet, a rushed storyline and amateur cameos chip away at the quality of the film.