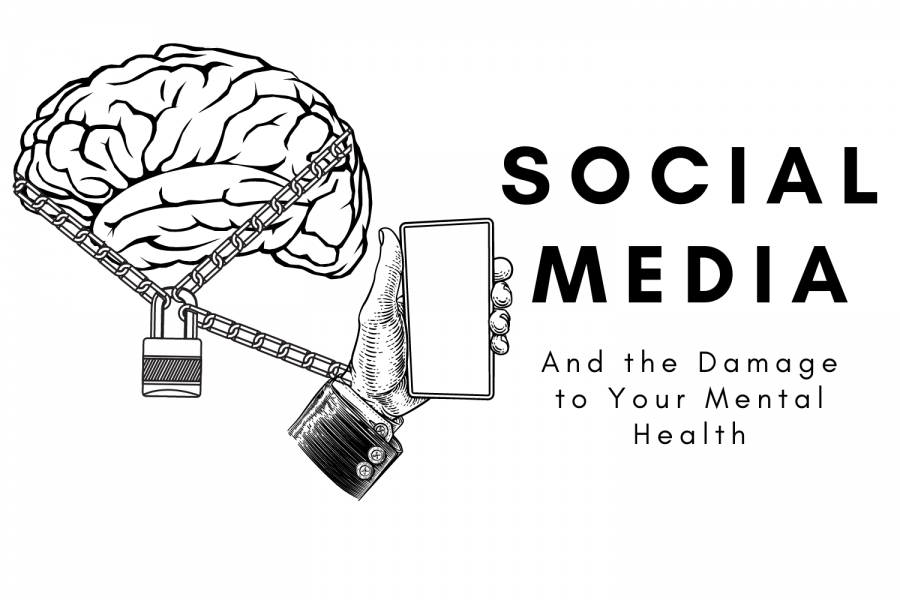 Teens and young adults are so into social media and there seems to be no escape. As time has passed in an era of technology, more research has been conducted to expose just how unhealthy our addictions to social medias are.

As someone that frequently checks their phone to conquer the fear of missing out on a post on Instagram or a message on Snapchat, I never realized the negative effects of looking at my phone, until these habits started to intervene with my normal daily routine. Now, staring at my social media is consuming all my time from the moment I wake up to the moment I fall asleep.

Social media is an easily accessible source that can become addictive in a short amount of time. The more time one may spend on these apps, the harder it is to turn off the device. The constant notifications, scrolling, and liking is preventing teens from having a good night’s sleep.

According to a source from Northwest Primary Care, “One of the most common contributors to social media depression among teenagers is sleep deprivation. A recent study showed that teenagers who use social media for five hours or more daily were 70% more likely to fall asleep of get less sleep compared to those who are online less.”

Social platforms are creating a toxic mindset that we need to be looking at our devices daily. The addiction is unbearable, leading to a rabbit hole filled with depression and loneliness.

“While social media is sometimes touted to combat loneliness, a significant body of research suggests it may have the opposite effect,” a source from ACC.EDU said. By” triggering comparison with others, it can raise doubts about self-worth, potentially leading to mental health issues such as anxiety and depression. While social media may help to cultivate friendships and reduce loneliness, evidence suggests that excessive use negatively impacts self-esteem and life satisfaction.”

Low self-esteem can influence the way we view ourselves in the mirror. Social media can create body dissatisfaction with one’s physical image by pressuring teenage girls and boys to “fit in” with the social norms of today. Many teens hope that following the standards of social media will allow them to feel more accepted and accumulate a sense of value. The amount of likes and follows a teenage girl may have decides her self-worth.

“Body image isn’t just a matter of vanity, a negative body image can have a significant impact on a teen’s mental and physical health,” a source from FamilyEducation states. “With relentless social media feeds of “perfect” celebrities and peers, it can be hard not to draw comparisons. Even though everyone knows these images have been highly edited, an emotional response of “not good enough” can be difficult to avoid. Recent studies show that one out of four teens report feeling stressed about how they look in posted photos and feel bad about themselves if their posts are ignored.”

Social media shouldn’t be an outlet for anyone to go to seek validation. Although, I can admit that it is difficult to not look at the amount of likes and comments you received on your recent Instagram post, no one should rely on these social platforms for a confidence boost. From a realistic perspective, social media should not matter as it does not define who we are as real, authentic people.