Biden and Harris Sworn into Office 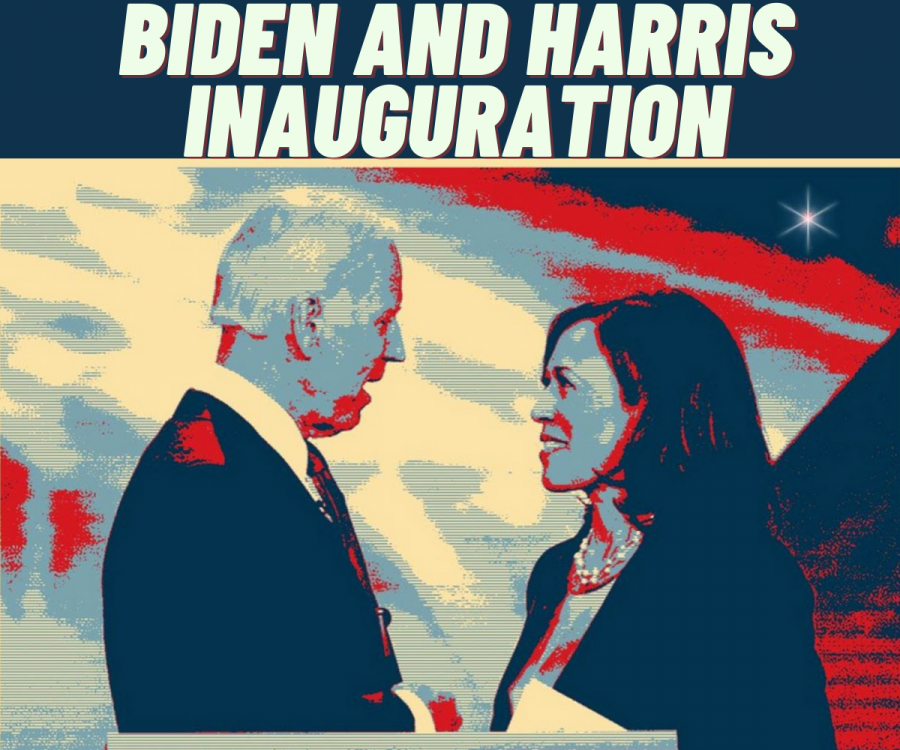 After taking the oath of office Wednesday morning, Joe Biden and Kamala Harris officially became the President and Vice President of the United States at noon on Jan. 20, 2021.

After taking the oath of office Wednesday morning, Joe Biden and Kamala Harris officially became the President and Vice President of the United States at noon on Jan. 20, 2021.

Joe Biden and Kamala Harris’ inauguration marked a start to a period of American history that which will always be remembered. As of Jan. 20, 2021, Biden and Harris are now the official president and vice president, already planning to undo many of Trump’s actions and step forward in democracy.

“The President also offered a forewarning his remarks, describing the nation as weathering a ‘winter of peril’ amid the coronavirus pandemic,” an article by CNN said.

With Biden’s hand on a five-inch-thick Bible passed down for the 128th year, he recited the oath given by Chief Justice John Roberts Jr. At 11:40 a.m., and so the ritualistic transfer of power from the predecessor ended a brief period of suspension that loomed due to violence that arose this month. This transfer of power included addressing democracy and the damage many feel it went under during the Trump Administration.

“The drama of the moment was underscored by the sight of Mr. Biden taking the oath on the same West Front of the Capitol seized just two weeks ago by a marauding mob trying to block final ratification of Mr. Trump’s election defeat,” an article by the New York Times said. “Without ever naming Mr. Trump,…Mr. Biden said that the United States’ democratic experiment itself had come under assault by extremism and lies but ultimately endured.”

A few minutes after President Biden was sworn into office, Kamala Harris was sworn in by Justice Sonia Sotomayor, utilizing a Bible that was once Thurgood Marshall’s.

“Kamala D. Harris was sworn in as vice president of the United States on Wednesday, shattering barriers not only as the first woman to hold a nationally elected office, but also the first Black woman and first Asian American to reach such heights,” an article by The Washington Post said.

The distress caused by the pandemic its consequential events of the rise of protests against racism and economic hardships also resulted in a more polarized society. Biden discusses unity and how democracy is precious and fragile, and that it needs to be cared for at all costs.

“For without unity, there is no peace, only bitterness and fury,” Biden said. “No progress, only exhausting outrage. No nation, only a state of chaos. This is our historic moment of crisis and challenge, and unity is the path forward.”