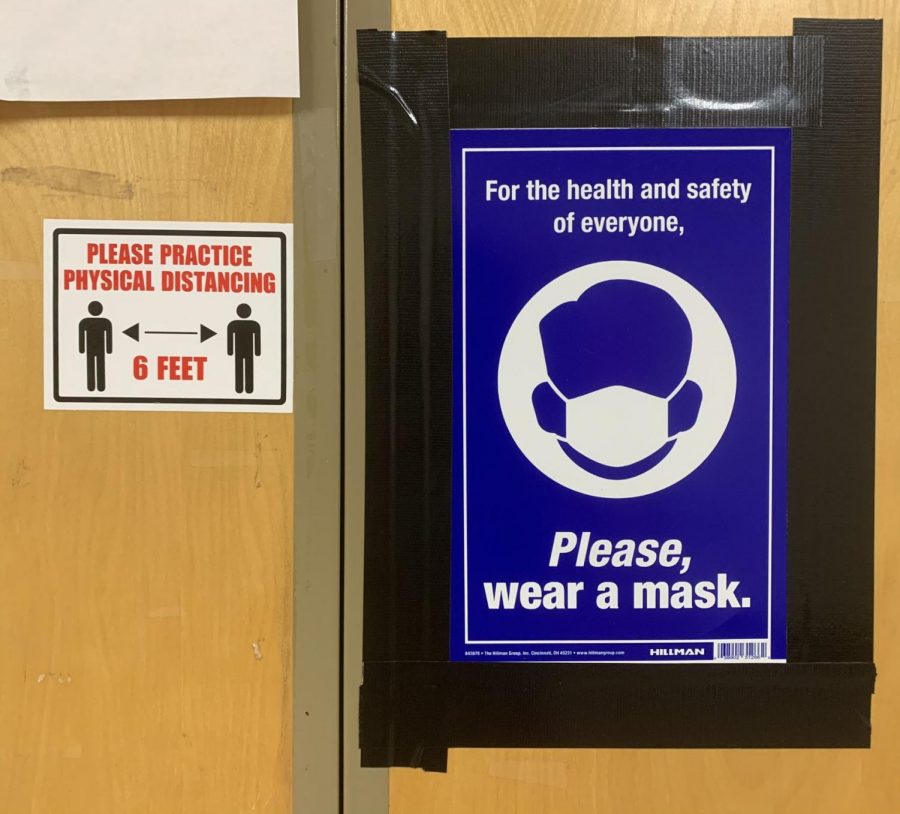 Plant was the first school in Hillsborough County to reach 100 cases and continues to lead the district case count with a reported 123 positive students and 14 positive employees (as of Feb. 16).  December and January saw a noticeable spike, with 33 cases and 28 cases respectively. Despite these numbers, David Webb, vice principal and the school’s designated “COVID Captain,” says that the majority of COVID spread is taking place outside of school.

“I haven’t seen much that we could contribute to inside the building,” Webb said. “It’s more like coming in from the weekends, from gatherings, parties – we had one that was on a party bus – and things of that nature.”

Plant was far from isolated in its winter COVID spike – the county, state, and country all experienced sky-high COVID numbers. The daily number of positive tests soared, with a record breaking 19,391 cases reported in Florida on Jan. 6 alone. Though daily case numbers are now declining, Dr. Anthony Fauci, director of the National Institute of Allergy and Infectious Diseases, warned in an interview with NPR that the situation is still volatile.

“We don’t know whether those types of, you know, mutants or variants are going to be arising in our own country throughout the country,” Fauci said. “And that’s the reason why even though you do see a trend going in one direction, you’ve got to keep your eye on the ball because this is a very dynamic situation that’s occurring.”

One coronavirus variant in particular – the B.1.1.7 strain first identified in Britain – has been identified as the cause of at least 187 cases in Florida, more than any other state. Early studies have shown that this new variant may be considerably more contagious than the original strain, prompting concerns that current precautions may not be sufficient to contain viral spread. The school district has not announced any new policies in response to the variants but continues to promote mask wearing and other safety measures.

“Same thing we’ve been saying from the start,” Webb said. “Make sure you wear a mask. Make sure you keep it clean. Wash your hands regularly. After you wash your hands, lather up again and wash your face so you’re washing your face with clean hands, and social distance as much as possible.”