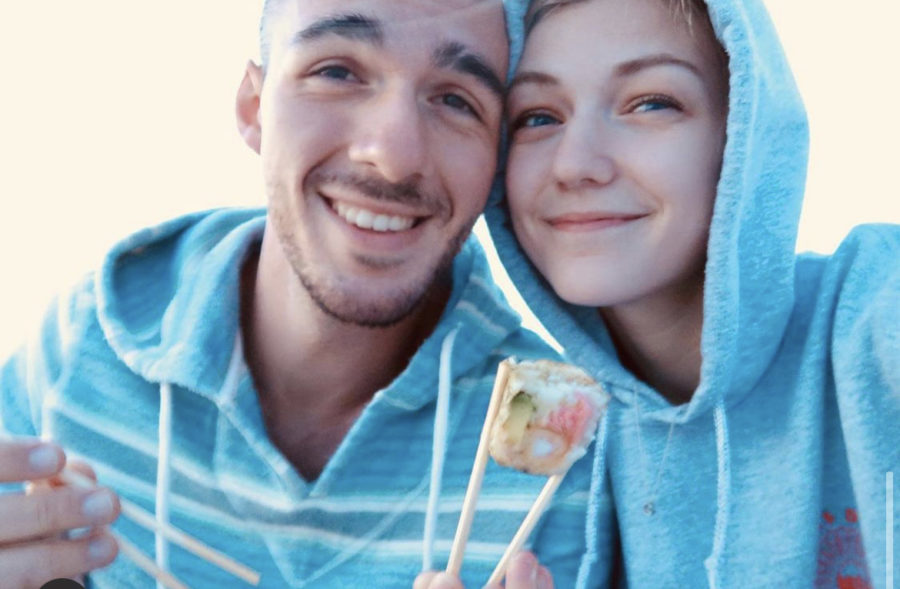 Brian Laundrie and Gabby Petito, high school sweethearts, were traveling cross-country in their van to see some of America’s most popular national parks. The trip took a turn when Brian and Gabby separated. Quickly, the two were both missing, and the nationwide search began.

On July 2, 2021, Laundrie and Petito departed from Blue Point, N.Y. to begin their road trip across America. The trip was planned to last until Oct. 31, 2021. Due to ongoing pandemic issues, the couple had to postpone their wedding, so they decided to take a road trip instead.

Through the month of July, Petito and Laundrie often posted to various social media sites so that they could document their trip, family, friends and even fans could keep up to date on their travels. Both Gabby and Laundrie had a large social media following. Throughout the month, they both posted pictures and videos from different locations in Colorado and Utah.

On Aug. 12, 2021, the couple was driving through Moab, Utah, when police officers pulled them over. Someone nearby had seen Laundrie and Petito arguing and reported it to the police via a 911 call. According to the phone call recording, the witness claimed Laundrie had slapped Petito several times. While the police had Laundrie and Petito pulled over, both were questioned for an extended period. No one was charged, but the Moab police officers did separate the couple for the night. The two reunited the next day and continued their trip.

For the majority of the month of August, the two continued their trip, stayed connected with family members, and documented moments of the trip on social media. On Aug. 25, Petito posted to her Instagram for the last time.

Toward the end of August, Laundrie and Petito made it to Wyoming. On Aug. 27, the two were spotted at a restaurant in Jackson Hole, Wyo. Someone who was also eating at the restaurant had noticed the couple. In an Instagram post, the witness claimed that Petito was visibly upset and Laundrie was visibly angry. On this same day, Petito’s mother received a text from her daughter which alarmed her. The mother, Nicole Smith, was frightened that the text was not actually from her daughter and that it was someone else texting her from her daughter’s phone.

On Aug. 29, Laundrie and Petito had separated again. Laundrie was still in Wyoming and was hitchhiking. Miranda Baker, a young adult from Wyoming, was driving in Wyoming with her boyfriend when she offered to give Laundrie a ride. Baker, who later posted a Tik Tok about the experience, explained in the video that Laundrie had told them about his fiancee, and claimed she was back at their van working on social media posts. Later during the car ride, Baker began discussing Jackson, Wyoming, which led Laundrie to panic, and he began demanding that he needed to get out of the car. The next day, Aug. 30, Petito’s mother, Nicole Smith, received the last text from her daughter which read, “no service in Yosemite.” This text, along with the last one, concerned Smith because Petito was not supposed to be in Yosemite yet according to the trip itinerary.

On Sept. 1, Laundrie returned to North Port, Fla., where he had been living with his parents prior to the trip. He returned without Petito in her van. Two weeks later, Petito’s parents reported her missing to the Suffolk County police. Over the first week and a half of Sept., Laundrie had been difficult and not cooperating with police. On Sept. 15, Laundrie was officially named a person of interest in the disappearance of Petito. On Sept. 16, a press conference was held to discuss the disappearance. Joe Petito, Petito’s father, pled with the people of North Port, FL, to help in the search for his daughter.

For the next two days, authorities began to search for both Laundrie and Petito. Authorities searched for Laundrie in Florida and for Petito in Wyoming. On Sept. 19, a body was found near Grand Teton National Park. Two days later, the body was identified as Petito, and the cause of death was initially ruled as homicide. Authorities continued to search for Laundrie, along with searching his family’s home in North Port.

For the remainder of Sept., the case became increasingly well-known across the country, and even the world. People began to take the issue to social media, stating their opinions on where Laundrie was and what had happened. From time to time throughout Sept., people across the country had claimed to have spotted him, but these spotting’s were confirmed to not be true, and these people just had similar appearances to Laundrie. Members of the Petito family, authorities, strangers and even Laundrie’s sister, Cassie Laundrie, urged him to come forward and cooperate with the authorities.

On Oct. 12, a final autopsy was done, and authorities of Teton County confirmed that Petito’s cause of death was homicide, but specifically strangulation.

Weeks continue to go by and Laundrie is still nowhere to be found. On Oct. 20, FBI investigators and agents found belongings in the Carlton Reserve in Sarasota County, Fla. that were believed to belong to Laundrie. Throughout the day, authorities continued to search the area and later discovered human remains in the reserve. The next day, the FBI confirmed that the human remains belonged to Laundrie, via dental records.