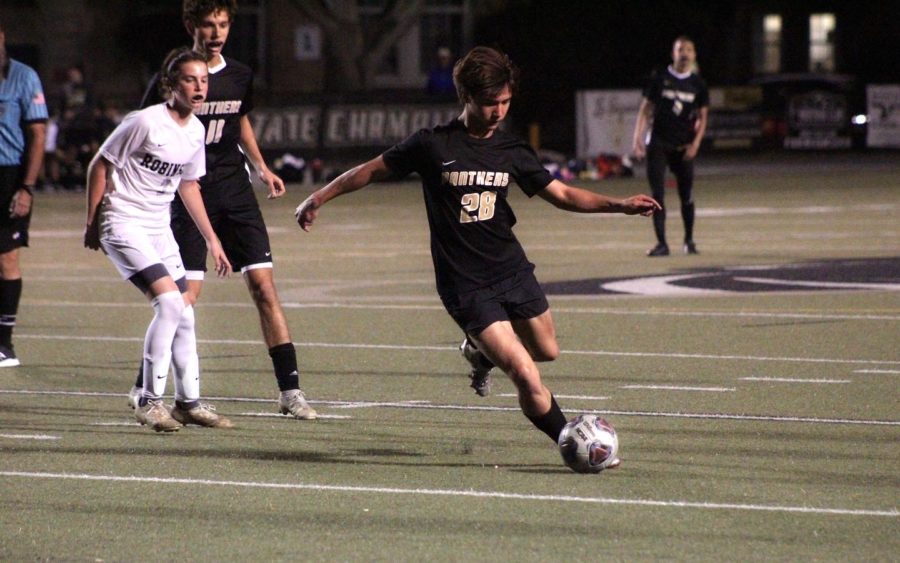 On Jan. 7 and Jan. 11, the girls and boys soccer team commemorated their seniors with a senior night ceremony.

The boys team played a rivalry game against Robinson on Jan. 11 and won, 4-1.

“Playing Robinson for our senior night was a really fun rivalry game,” senior Otis Wildman said. “We had some pretty amazing goals. My favorite moment from senior night was when our center back Julian scored a crazy 40-yard goal to put us up 2-1.”

The girls team played against Jefferson and mercy-ruled in the first half of the game, winning 9-0. The senior night ceremony took place after the win.

“I was really excited for the ceremony,” senior Lilly Daxon said. “I remember watching the seniors last year for flag football, so to actually do it this year was exciting and definitely memorable.”

Senior Athena Skafidas has been on the team since freshman year. Skafidas shared that she is fond of the memories she has made on the team.