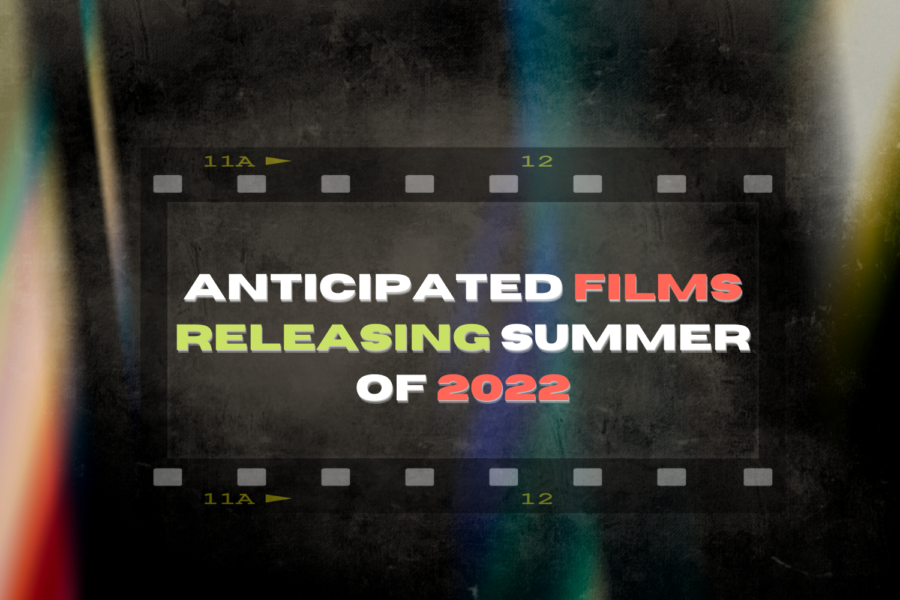 This summer is saturated with a long catalog of new movies coming to theatres. Many of these films have long awaited release due to COVID-19 setbacks.

Compiled with sequels, prequels, biopics and Marvel films, this list provides a diverse selection of the most anticipated movies coming out this summer.

Reprising her role as the widely known Elle Woods, Reese Witherspoon stars in the up-and-coming installment of “Legally Blonde.” The feature film will be directed by Jamie Suk and along Witherspoon it will also star Jennifer Coolidge.

“Doctor Strange in the Multiverse of Madness”

Directed by Sam Ramini, and starring Benedict Cumberbatch, this latest film is highly anticipated by Marvel fans. It is the first of three films that will directly reference the events in the 2021 hit series, “WandaVision” as shown in the teasers and trailers that have been released.

After three decades, a sequel to the 1986 action film is finally ready to be released upon the masses. Tom Cruise will reprise his role and star alongside Miles Teller in an all new mission. This sequel started development in 2010 and will get both a theatrical and streaming release

Expected to pick up where the events of “Jurassic World: Fallen Kingdom” left off, characters will deal with adapting to a world where they must coexist with dinosaurs. Returning Chris Pratt, and Bryce Dallas Howard. Original stars of “Jurassic Park” Laura Dern, Sam Neil, and Jeff Goldblum are also set to appear.

After “Toy Story 4” was released in 2019, it was thought to be the last we would see of these characters; however, with the announcement of a Buzz Lightyear-focused story, fans of the classic Pixar character will no longer have to part ways with all iterations him. The film will detail the origins of the real Buzz Lightyear (voiced by Chris Evans) and show audiences how he became a famous astronaut, prompting an action figure.

In Hollywood’s most recent biopic, Austin Butler will depict American singer and actor Elvis Presley. Directed and produced by Baz Luhrmann, the film will highlight the relationship between Presley and his manager Colonel Tom Parker, played by Tom Hanks.

A follow up to 2017’s “Thor: Ragnarök” the new movie will star Chris Hemsworth, Tessa Thompson, Natalie Portman, Christian Bale, Chris Pratt, Dave Bautista, Karen Gillan, and Pom Klementieff. According to Rotten tomatoes, “Natalie Portman’s Jane Foster will return to the franchise, and it’s been teased that she will wield Thor’s hammer, Mjolnir, at some point.”

Widely acclaimed in his last two thrillers, Jordan Peele returns with “Nope” starring Keke Palmer and “Get Out” star, Daniel Kaluuya. It is set to follow caretakers at a horse ranch as a supernatural force permeates through their world affecting the things in it.

Based on a novel by Kōtarō Isaka, the film stars Brad Pitt as an assassin on the hunt for a briefcase lost on a bullet train full of assassins. Alongside Pitt, the film will also feature Aaron Taylor-Johnson, Brian Tyree Henry, Joey King, Hiroyuki Sanada, Michael Shannon, Bad Bunny, and Zazie Beetz.