Arcade game foreshadowed the rise of message, storytelling in games 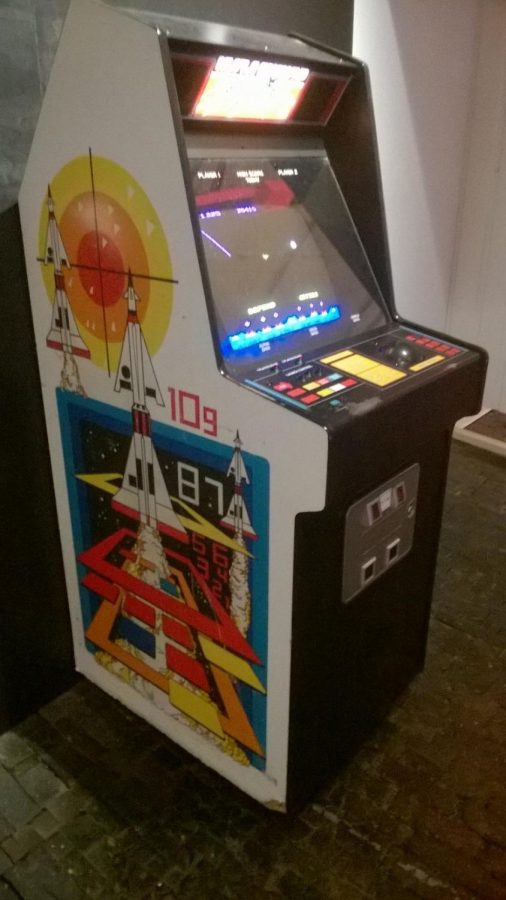 Video games are rapidly emerging as a new form of art, alongside more established mediums like song and writing. When one thinks about it, this makes perfect sense.

In what other medium can audiences interact with and guide the story themselves? Video games are the ultimate art form for engaging an audience.

What if I were to tell you that one of the greatest works of political satire ever made was a video game?

“Missile Command” is an arcade game from 1980 that manages to capture Cold War fears of nuclear warfare with not a single word of dialogue, or a single named character.

The game is similar to virtually every defense game ever made. You are given three missile batteries which you must use to defend six cities. Bombs and missiles that become increasingly difficult to destroy rain down, and you are tasked with shooting down the missiles before they hit the cities or your batteries.

Sounds simple enough, right? How could one possibly make any great political statement with an arcade game?

Any analysis of the game shows its depth and thought. The game is able to raise serious moral questions worth thinking about.

Is it worth letting a city be obliterated so that you can save one of your forts, which you might use to save further cities? Which cities should you prioritize saving?

Novels and essays and movies could be made exploring these very themes; “Missile Command” manages it with 8-bit graphics and a trackball.

“Missile Command” was designed with a very specific message in mind. In the words of its creator, the entire game just shows that, if ever nuclear war was to break out, no one could win.

This was some 30 years ago. Since then, video games have been developed more and more to take part as the next great interactive medium of our time.