Is the electoral college a fundamental American institution or an antique democratic practice? 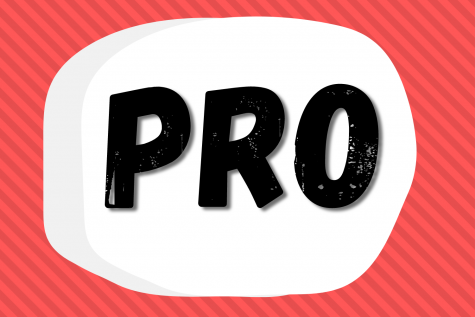 “What’s the point of voting if the popular vote doesn’t determine the presidency?”

I remember asking my mom that question as a middle schooler, utterly perplexed that in our American democratic system we couldn’t directly choose our president, the commander in chief, the top dog of U.S. politics- it just didn’t feel fair.

It wasn’t until many years later I reconciled the crux of my confusion- it isn’t meant to be democratic, because it’s not part of a democratic system.

Referencing governmental systems other than democracy often stirs up fear in American patriots’ hearts, “You don’t mean fascism, or dare say socialism, do you?” But there is an option that doesn’t fall in either of these polar political fields, what America primarily is, a constitutional republic.

In a constitutional republic, an elected, selective group of individuals chooses the executive branch instead of the populous. “But for the people, by the people, right?” Yes, in many ways this is still true, but as quoted by our founding father John Adams, “I do not say that democracy has been more pernicious on the whole, and in the long run, than monarchy or aristocracy. …Remember democracy never lasts long.”

Adams wasn’t arguing for the absolution or complete abandonment of democracy; he argued that democracy, like any other form of government, was corruptible and needed a system of checks and balances. Thus was the birth of the electoral college.

The electoral college gives more power and voice to states with smaller populations, thereby preventing the majority from dictating over the minority. For example, California and Wyoming have a population ratio of about 1:70. With the electoral college California receives 55 delegates while Wyoming gets three. This may seem like no change, but the ratio now becomes about 1:20.

This is important because now the people of Wyoming are not completely dominated by California or any other large states. This prevents regional ideas from being enforced across the nation based on the population of cultures.

The electoral college also exemplifies and exalts state power. Due to the age of technology, people feel more connected to Washington D.C. than ever. While this yields many advantages, such as a further inspection of the national government by the people, it can also cause citizens to negate the state government’s power in their heads.

Your state government and policies should be more influential in your life than the national; many problems can be resolved at local levels instead of using the federal branches to further extend the reach of national offices. The founding fathers wanted to emphasize the individual authority of states. Thus, you can directly elect the governor of your state, pleasing the majority of specific regions, without overstepping state bounds and inflicting your local rule on the nation as a whole.

A common argument against the electoral college is that it prevents third-party candidates from surviving in politics. In actuality, the electoral college encourages third party candidates to get a foot hole in state government first and work their way up to the national government- the Republican party made its way to the federal government by starting in the states. You directly elect congressmen and senators, and if a third party is reflected in these offices, then the presidency is viable.

The electoral college also prevents further voting fraud, blackmail, and mob mentality reflected in other direct democracies. A mob mentality creates the illusion that quantity equates moral quality and should be enforced as such. If each individuals’ vote directly chose the president, people would become targets and subject to biased pressuring.

The electoral college is a fundamental check on American politics. It is founded on the belief that mob rule should never domineer over a national and that stronger sovereignty should be bestowed upon the states. It is hard to come to terms with not owning the direct power to elect the president, but as Adams states, “Individuals have conquered themselves, nations and large bodies of men, never.”

The electoral college, an outdated way to elect our presidents 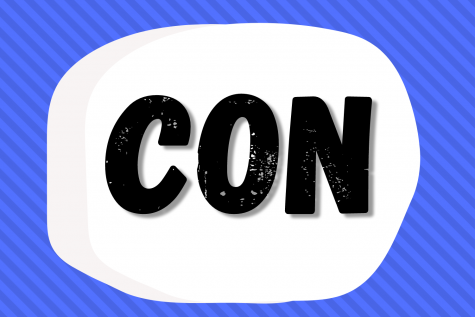 The electoral college, our current practice to elect presidents, is at the head of many debates. Some believe it represents voters and, more importantly, smaller populated states, but others think it does the opposite, as the popular vote does not always line up with our elected president.

I strongly believe the electoral college should be heavily reviewed for multiple different reasons based on the overarching issues I think it has on representing citizens’ decisions, not just high-up government officials.  I believe the popular vote does not determine the president as it is the elector’s choice and the issue with apportioned votes, which sometimes leads to gerrymandering.

But, proponents of the electoral college may say that the Supreme Court put sufficient limitations on voters by ruling in 2020 that states have the right to enforce voters to stick with their popular. This legislation is a step in the right direction towards fixing this problem, but I think Congress should act further to make sure states do make policies to prevent against faithless voters.

Another critical point about popular vote is that in circumstances where the electors follow the popular vote of their state, as a country in total, the sheer amount of people voting one candidate can amount to more than the other, yet they can still lose the election. The possibility for the candidate to win the popular vote but not become president is because apportioned votes in the electoral college. To represent smaller states, the Constitution makes congressional districts based on the state’s population, having each one receives at least one voter, and then an additional two.

While I understand wanting to represent each state fairly, whether small or large, if one candidate is in most of our whole country, they describe what America wants. But the electoral college represents the less populous states more than they should, because of the extra two voters each state receives gives way to the favored candidate not being elected.

Overall, though the electoral college has a variety of problems, it can be looked over and may be altered to fit the everchanging climate of American politics better and suit our citizens and opinions better. The electoral college precedes our government’s roots, a completely different time than we live in now.