Harry Styles: the career of a star 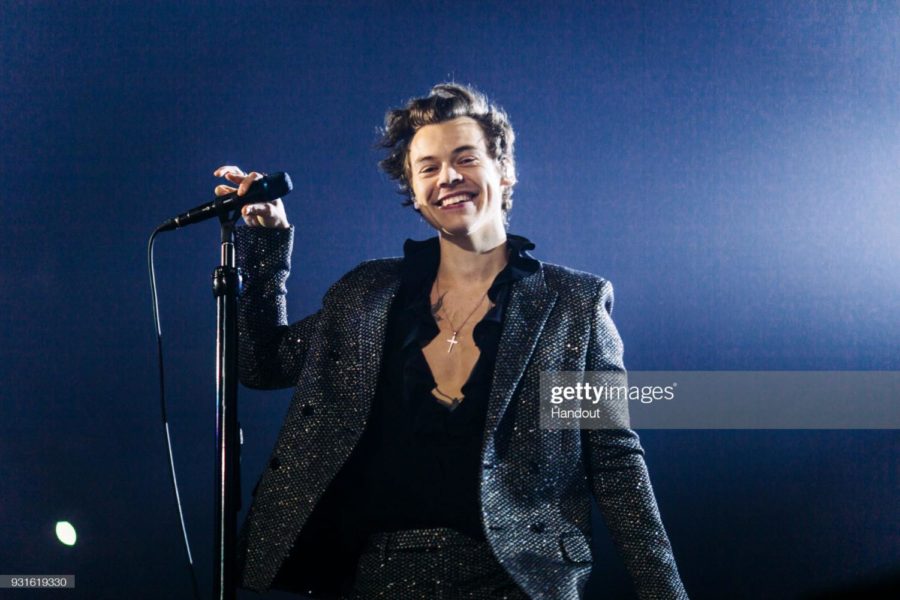 Helene Marie Pambrun via Getty I

It is uncommon that talent shows produce popular stars. But this was not the case for X-Factor in 2010, as some of the most popular singers came out of that year’s season. One is Harry Styles, who has been one of the most recognized stars in the music industry for the last decade.

His professional music career began in March of 2010 when Styles auditioned for X-Factor. For his audition, he sang “Isn’t She Lovely” by Stevie Wonder. After the performance, he received 2 out of 3 positive votes from the judges panel, one from music producer Simon Cowell. Cowell saw something in the future star and was adamant about getting Styles through to the next round of the show. He went on to the next rounds and was extremely successful.

Moving smoothly through the competition, Styles was matched up with four other contestants to create a band. His bandmates, Liam Payne, Louis Tomlinson, Niall Horan, and Zayn Malik displayed each other’s talent as a band and worked together to make a fantastic musical group. The band competed through the rest of the season together on the X-Factor and ended up getting third place at the end of the competition.

After the season ended, the boys went on to perform in the X-Factor tour, which highlighted several of the best groups and performers from the last season in shows all throughout Europe. Once the tour ended, the group took a quick break before signing a deal with Simon Cowell’s company, Syco Records.

This deal created opportunity after opportunity for the band, which quickly gained fame and popularity across the globe. The band’s first album, Up All Night, had several hits which jump-started the band’s success. After this album, the band released four more albums together. Take Me Home, Midnight Memories, FOUR, and Made in the AM were all remarkably successful.

Following five years of making music, touring, and memories, the band announced that they would be taking an 18-month break. This break was much longer than 18 months (about 1 and a half years) and ended up being permanent.

Once the 18-month “break” had concluded, Harry Styles’s solo career took off. He released his first solo album in 2017. The album, featuring songs with a rock twist, along with slow tempo tracks had a different feel from Styles’ previous work with the boy band. In 2019 when he hosted SNL, Styles said, “I’m not in a boy band anymore. I’m in a man band now.”

Shortly after the release and initial success of his first solo album, Styles embarked on his first solo tour. Harry Styles: Live on Tour, which lasted a year with shows on four continents, with every show being sold out. During the same period of his tour, the world-renowned singer had his acting debut in the movie Dunkirk.

Throughout the next several months after his tour and movie debut, Styles won awards, made music, and even modeled. Styles won the Best International Artist award from the ARIA awards in late 2017. Now a triple threat, the singer began modeling and was named an ambassador for the designer brand Gucci in 2018. On his first tour, he had many custom Gucci outfits and has expressed love for the brand over the years.

After extreme success over the first two years of his solo career, Styles released his second solo album known as Fine Line in late 2019. The album, which consisted of several top hits, was at the top of charts. The album broke the record for the biggest sale of a British artists album in the US.

Like previous album releases, Styles came out with tour dates for Love on Tour, the tour for Fine Line. The world tour was set for 2020 but was postponed and rescheduled several times due to the COVID-19 pandemic. The U.S. leg of the tour was able to take place in 2021 and was extremely successful. Each show was sold out and if you wanted to see Styles in person, you would have had to fight hard to get just one ticket. As far as the rest of the tour, shows in Europe and South America are back on the calendar for late 2022, but Australian fans are still waiting for the day on which they will see Styles.

Shortly before the US leg of Love on Tour, Harry announced that he would be working with a new beauty brand, Pleasing. The brand, which has now done projects with Styles, along with Mick Fleetwood to create a brand that offers healthy and clean beauty products including nail polish, lotions, and serums. In the few months since the brand was launched, it has been extremely popular and successful.

Love on tour ended at the end of 2021 in New York. At the end of the last show of the tour, Styles promised that new music would be coming soon. Just as promised, he announced that his new album, Harry’s House, will be released on May 20, 2022.

As time goes on, the world will continue to watch in awe as Harry Styles continues to create new music, play sold out stadiums, and shock people with his talent.